We’ve had a few emails and facebook messages recently asking us if we know any decent mobile phone games, so we thought we’d start sharing a few with you. We’re no expert on all the skating, scooter and BMX apps, and games that are out there but we can definitely pass on what others have told us they’re playing. 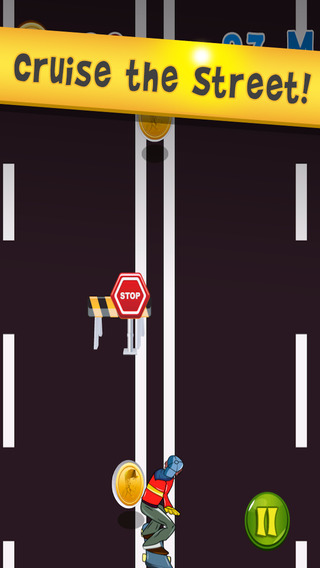 For the skaters, one title that keeps coming up is ‘A Street Skater Racing Adventure MX’. This particular game was created by California-based indie game developers Mekamax Inc. and was only released a few weeks ago. In the game, players live out their dream of traveling the world with “board at hand” exploring a myriad of different cities and riding through many obstacles like a pro.

A Street Skater Racing Adventure MX has the following features:

The game is available for iOs and Android tablets and phones for approximately $2.99 (£1.82) from all the leading app stores. Worth testing out for less than a few quid and great way to pass some time until the Sun drys out the local park.

Since the inception of the App Store and Google Play, apps have literally taken over our lives, with seemingly there being an app to solve all of life’s problems. Statista a well-known statistics portal, has forecasted that by the end of 2015 there will have been a staggering 180 billion apps downloaded. This spike in mobile gaming has seen revenues grow rapidly, which saw a subsidiary to online portal Spin Genie state, “the market will be worth up to $42 billion (£25 million) by the end of 2015.”

If you have played it – or have played any other mobile games – let us know what you thought in our comments section below.